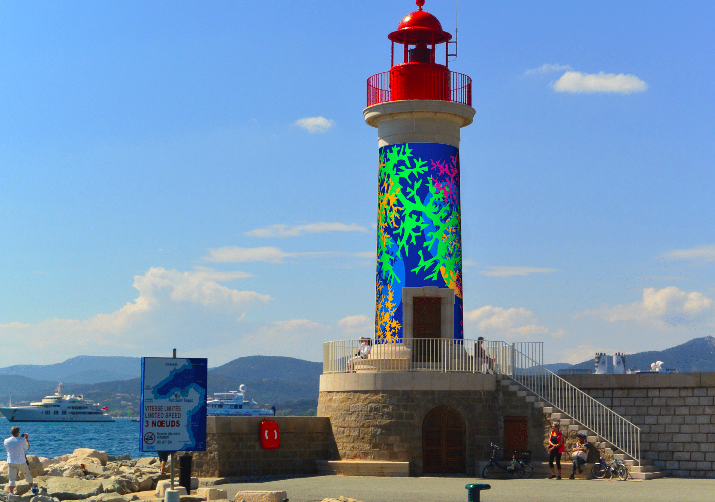 Our lighthouse is going
to be dressed by Miguel Chevalier

Saint-Tropez, land of artists and sailors, Saint-Tropez beloved village, Saint-Tropez village crossed by the ages, is a city proud of its past and confident in its future which has always known how to combine modernism and tradition. 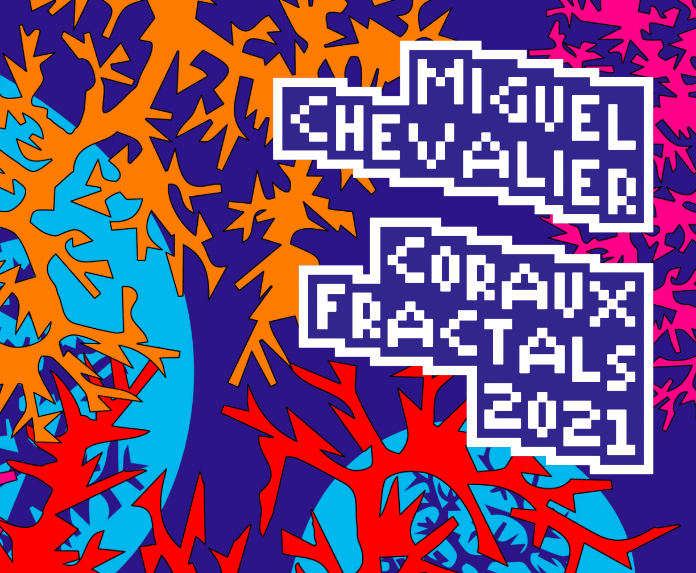 Edito from the Mayor of Saint-Tropez

I am very pleased to make the Saint-Tropez lighthouse available to the artist Miguel Chevalier this year. The purpose is to createan ephemeral work with corals motifs, thanks to Agnès Bouquet’s initiative, curator of the " Saint-Tropez Couleur Bleu ” event,which had, in 2018, the daring idea of making these artistic events by contemporary creators.The dressing of the “red lighthouse”, a name reminiscent of the red light mounted on a cast iron candelabra in its first 1858 version, symbolizes our commitment to the environment protection andour maritime heritage preservation.

"Daughter of the sea", as writer Guy de Maupassant called it, Saint-Tropez was built and thrived around its port and the maritime activities that have developed there over centuries. First, it was coastal fishing, then commercial expeditions carried out on almost all the seas of the globe untilthe 18th century when our commercial port, the third inthe Mediterranean, saw proud three-masted ships spring up fromits shipyards. Two centuries later, our city became a reference to great international yachting and nautical events such as “the Voiles de Saint-Tropez”.Today, we are all together taking up the challenge of bequeathinga preserved and safeguarded heritage to future generations,a cleaner environment, a more ecological world, and anxiousto protect its natural resources, starting with those brought to usby the sea, such as Fractal Corals highlighted by Miguel Chevalier.

This is the meaning of this ephemeral work, a manifesto of colorsin favor of our port and a clean sea.This initiative also expresses our policy of supporting and enhancing contemporary artistic creation, a cultural dynamic implementedby my assistant Michel Perrault, which results in prestigiousexhibitions of monumental sculptures in cities or museums.