An exclusive event in Saint-Tropez

For several years now, the city of Saint-Tropez has hosted in the streets and squares of the town, monumental sculpture exhibitions from international artists such as Fernando Botero, Manolo Valdez, Antoni Clavé, Igor Mitoraj or Bernard Bezzina. Fot this summer, in June, visitors can now discover five main works from the famous Franco-American artist, very well-known for her feminine, sensual and plump sculptures called 'Nanas' realized from 1965. The colourful sculptures made of papier-mâché, yarn, and cloth represent white, black, yellow women with round shapes and decorative features. The artist, who began her career as a painter in 1950, created a singular design aesthetic with goddesses, totem poles, sphinx, dragons and guardian angels...

As a committed artist, she chose the public art, exhibited outside the museums. She dedicated the last twenty years of her life to the construction of her masterpiece : a garden with monumental sculptures in Tuscany (Italy) called 'Giardino dei Tarocchi' (Tarot Garden).

Where are the 5 totems ?

- Place de la Garonne
- Office de Tourisme on the port (near Sénéquier)
- Near the Annonciade Museum
- Port, instead of the old lighthouse
- Chanel gardens 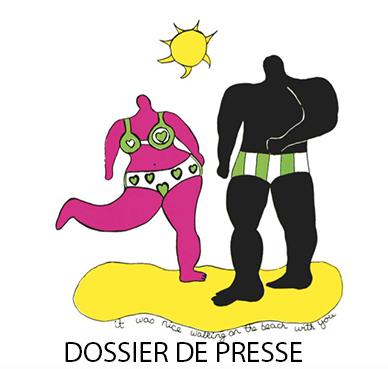 ► See the paintings at the Mitterand's gallery (Paris)