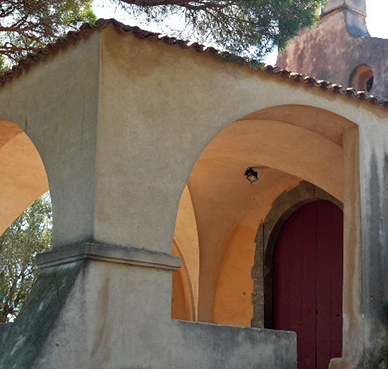 Built from 1618 onwards over a period of more than 10 years, the Chapelle Sainte Anne would have been built to thank the heavens for preserving the city from the plague epidemics which were rife at that time.  It is dedicated to the patron saint of seafarers and its interior walls contain ex-votos mainly devoted to the history of the sailors of the Tropéziens. It is only open to the public a few days a year, on 18/05 (Bravades), 26/07 (Ste Anne) and 15/08 (Liberation). However, this superb place is to be discovered all year round for the remarkable views, both over the Bay of Saint Tropez and the cove of Pampelonne.
Address :
21 Chemin des Bastidettes
83990 Saint-Tropez 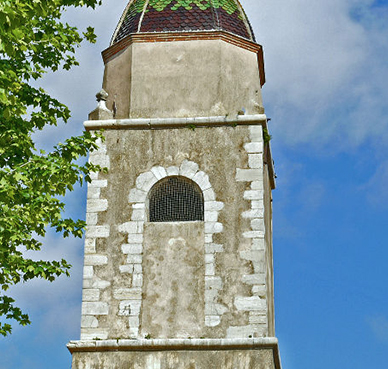 The Chapel of  Mercy is located in the town centre, in the former district of the great sailing families of the village, in rue Gambetta. Dating from the 17th century, it is the chapel of the brotherhood of the black penitents. Its outstanding features are the serpentine door and the bell tower, with a dome of glazed tiles. This monument is owned by the municipality. Open all week from 10 am to 6 pm. 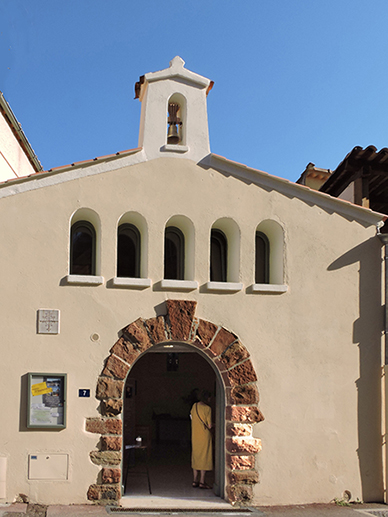 The Temple of Saint-Tropez

The Temple of Saint-Tropez was officially inaugurated on the 4th of November 1928. During the First World War, when the Citadel of Saint-Tropez was transformed into a place of internment for German and Austro-Hungarian civilians, a demand from Protestant believers arose. Many of these prisoners, Germans, Austrians and Alsatians, of the Reformed faith, wished to celebrate their faith. In addition, some Protestant families lived in Saint-Tropez. A pastor was then sent by the Evangelical Reformed Church of Saint-Raphaël every 15 days. After the war, it was not until the 1920s that Mr Iachia, who owned the Renaissance and the Sporting, bought the land behind these establishments to build a temple for the Protestant community.

On his death, the land was bequeathed in 1927 by his widow to the Protestant Reformed Church of Saint-Raphaël and the Temple was built there thanks to private funding, notably from the Vosges and England. The Temple was renovated in 2020 and is part of the United Protestant Church of the East Var.