Proud of its rich maritime past, Saint-Tropez has decided to create a modern museum.

It is located in the dungeon of the town’s citadel. All visitors are allowed to discover the daily lives of men and women who shaped over the centuries the Saint-Tropez of today.

Visitors will follow the town’s seamen across the seas of the world, whether on short trips or fishing expeditions along Provence’s coast, voyages aboard large merchant sailing boats beyond Cape Horn, journeys along the coasts of Africa and India or on liners of the famous Far East steamship company. The museum of maritime history is an invitation to discover famous Saint-Tropez heroes such as the Bailli de Suffren, the General Allard or Hyppolite Bouchard as well as thousands of anonymous folk who served the nation aboard the navy’s vessels or who faced stormy seas aboard merchant ships.

"Today the World comes to Saint-Tropez, we will tell you about the times when Tropezians travelled the World" Laurent Pavlidis

As from the 17th century, bought by the town in 1993, this listed building is one of the most visited historical and cultural sites.

Composed by bastions and a hexagonal keep built between 1602 and 1608 on the drawings of engineer Raymond de Bonnefons, it is the most significant building between Antibes and Toulon. Stunning panoramic view over the Bay.

The modern maritime museum, set up in the donjon, allows visitors to discover famous figures and heroes as well as the daily lives of men and women who shaped over the centuries the Saint Tropez of today.

For its successful commitment in a quality policy that complies with the basic requirements of the visitors' satisfaction, the Citadel - Maritime Museum has been awarded the Qualité Tourisme label by the State for the quality of hospitality service.

The Museum of Maritime History at the Citadelle in St Tropez is home to a new room dedicated to the virtual Imagined in 1995 by Philippe Starck.

I reduced and reduced again, until I created a magical purity, a sort of silver rocket where dreams appear. I wanted Virtuelle to feel like an old wooden yacht, but when you get close to it, you realise that it is actually carbon fibre marquetry, red, brown, tobacco, looking exactly like wood. Ph.S The Museum of Maritime History at the Citadelle in St Tropez has a new room dedicated to the Virtual. Designed in 1995 by Philippe Starck, the yacht adopts a minimalist and elegant shape and leaves the Tencara shipyards in Venice in 1999, the year of its launch.

Guided visits are proposed to the visitors: from 11 am to 3.30 pm. (by reservation). The guided visit is usually done in french language but an english guided visit is possible on request. Please call the citadel at this number : 33 (0)4 94 97 59 43

Citadel is reachable forpeople with disability : click here to read our special guide. 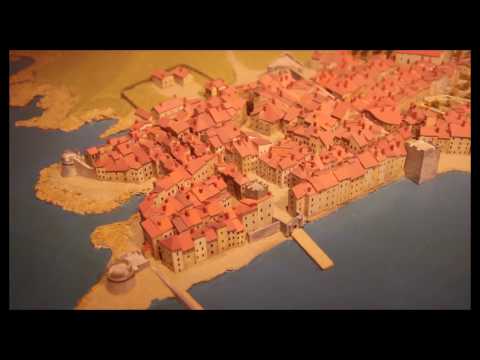