Curator of the Annonciade - Severine Berger

Originally from Bayonne, Séverine Berger, Curator at the Annonciade Museum, since her arrival last year, has multiplied the initiatives to modernize the museum while preserving its identity. 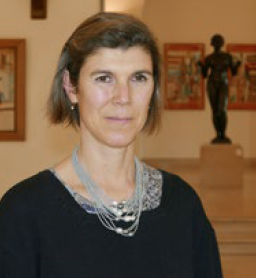 CURATOR OF THE ANNONCIADE MUSEUM

She received her diploma in History of Art, from the Ecole du Louvre, completed her thesis at University Paris 1, and a Masters degree in the preventive conservation of art works, she also has some impressive professional experience in several regions of France including having been the Curator at the Musée des Beaux-Arts in Chartres from 2013/2017. The purity of light and the brightness of the colours of Saint-Tropez have inspired some of the greatest artists, says Séverine Berger to explain her choice of an exhibition Signac/Delacroix.

Paul Signac and Saint-Tropez are inseperable in the history of this little port, and more widely in European history of art, since the young painter, navigator, accosted here on his sailing boat Olympia in 1892. He was amazed by the Mediterranean light, at a time in his life when he was trying to make some sense of his exsistence after recently having lost his close friend Georges Seurat. 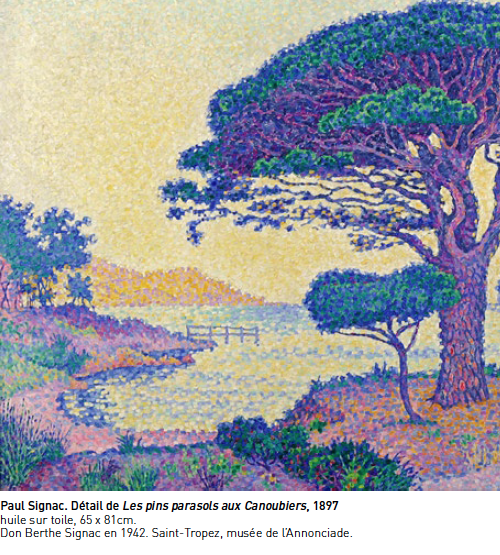 He succumbed to the charm of this enchanting spot, that every day, gave him a new reason to live, to work, to write, to sail and to spend time with his painter friends. His aura and personality attracted many artists to Saint-Tropez. He paved the way to the research of fauvism and other avant-garde currents. Until 1913 he spent his time between Saint-Tropez and Paris.

His work during this period 1892/1913, evolved towards the work of Seurat, a more colourful, personal, audacious range... the peninsula was an andless inspiration which led to numerous lively productions. 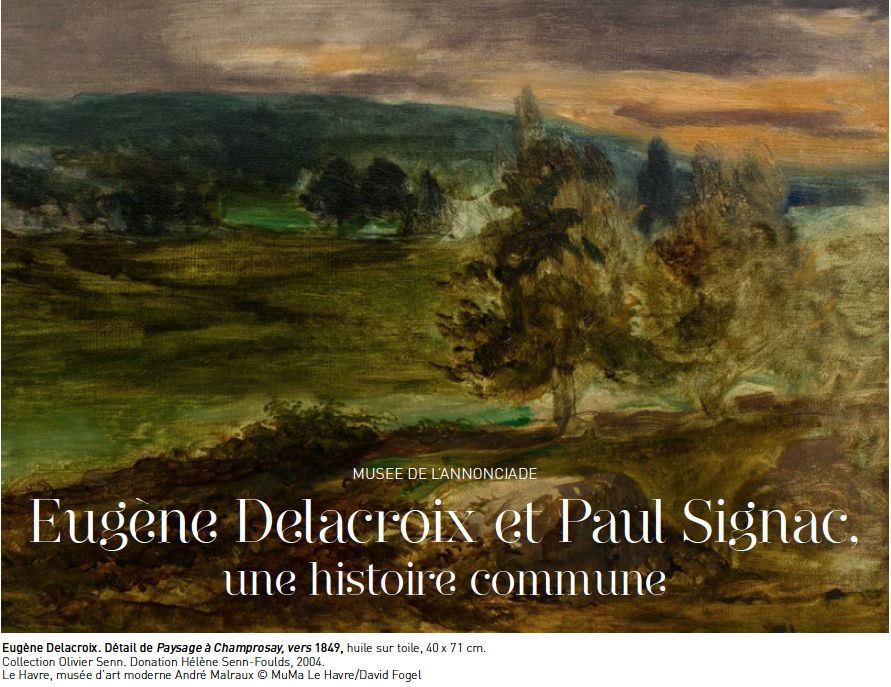 Establishing a link between these two artists, who would never meet eachother seeing that one of them died in the same year that the other was born, may seem surprising at first. However, there are several links that unite Paul Signac to the artist who is qualified as the number one romanticism artist, this can be explained in three themes. The first is dedicated to the theoretical studies of colour in the second part of the 19th century, including those of Eugène Chevreul, Charles Blanc, Odgen Rood, Charles Henry and their influences on Paul Signac.

Eugène Delacroix and Paul Signac, a
shared history. From July 13th to October
13th, the museum has organized an
original exhibition that links the two renowned French artists. 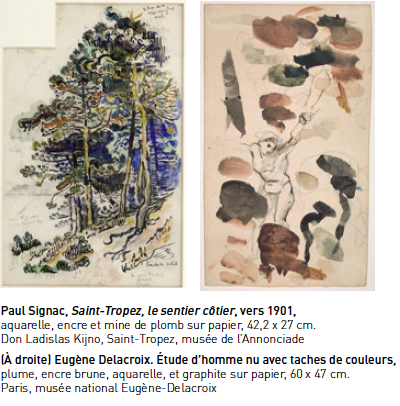 A space dedicated
to the influence of Eugène Delacroix

In 1899 Paul Signac published "De Delacroix au néoimpressionnisme", where he explains the principals of pointillism. Signac brings to the forefront, the works of Eugène Delacroix, the first painter who gave as much importance to the colour as to the picture. In the exhibition at the Annonciade, landscapes of both the artists will be shown so that the visitors will get a good idea of their artistic filiation. 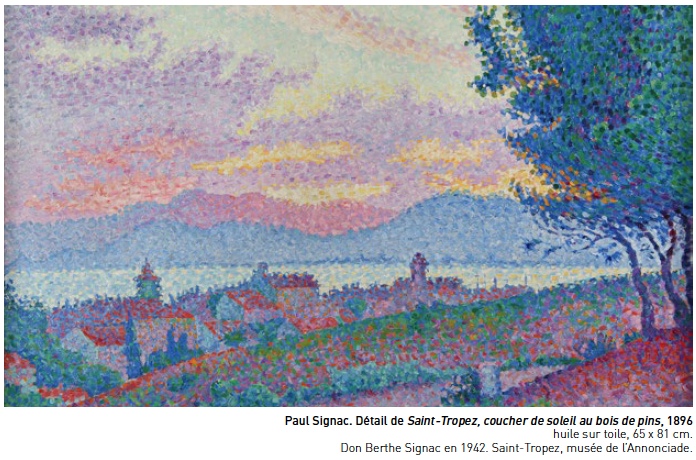 This exhibition that brings together the two great artists, enables us to admire the works of Delacroix from a diversity of different collections as well as works belonging to the Annonciade. Imagined in Saint- Tropez, the exhibition was brought to life by Grégoire Hallé, Director of the Fine Arts Museum in Draguignan, with the scientific participation of Dominique Réaulx, mediation and planning director of the Louvre, previously curator of National Eugène Lacroix museum.

During the exhibition you will find booklets for all the family and commented visits as well as a conference with Charlotte Hellman, the great grand-daughter of the famous Tropezien artist.