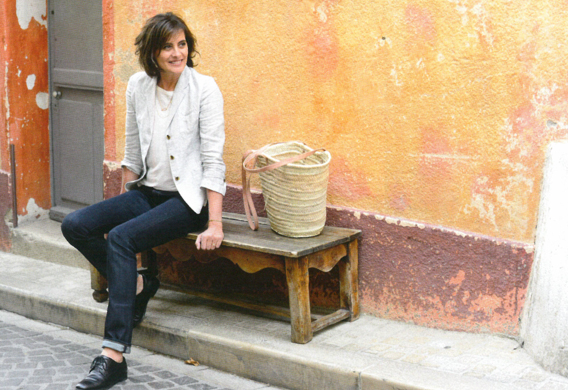 Although she was born in Gassin, she represents the perfect Parisian. As a model, fashion designer, business woman and aristocrat, Inès de la Fressange is a fashion icon deeply rooted to her region. She gives us her exclusive happiest moments..

Symbol of the French elegance

In 1975, Ines de la Fressange started a career as a model, posing for the famous French Magazine Elle photographed by Oliviero Toscani. From 1983 to 1989, she became the first model to sign an exclusive modeling contract with an haute couture fashion house, Chanel, whose muse she became. In 1989, she was chosen as the face of Marianne, the symbol of the French Republic. Today, as well as being a model, she is a fashion designer, a business woman, a journalist and a writer. Her book La Parisienne, published in 2010 and translated into 17 languages, sold more than a million copies. She is also Roger Vivier ambassador, and has recently joined the L’Oréal “Dream Team”. Her integrity and her human qualities are recognised and appreciated by all.

It is a design studio, a filter through which the essence of Parisian Chic is captured and interpreted while remaining true to Ines’ values and open to influences from the outside world and latest trends. The Studio is directed by Fleur Deméry (granddaughter of Charles Deméry, founder of Souleiado brand). Last summer, Ines has decorated the Tarte Tropézienne boxes with her talent and her sunny imagination. New collaborations this year : homewear and swinsuit collections designed by Fifi Chachnil, a third collaboration with Japanese brand Uniqlo and a nice automotive partnership with DS 3 model signed by Ines de la Fressange Paris. Opening soon : the Ines de la Fressange Paris store in 24, rue Grenelle, Paris. inesdelafressange.fr

My grandmother rent a house each year […] and we walked to La Moutte beach which was hard to get to at that time. On Pampelonne beach we met Gérard Philipe’s children who drove a car in the gardens surrounding their house (it was amazing because they were only 12 or 13!). Gérard Philipe was famous for playing the role of “Fanfan la Tulipe”!

Senequier milkshakes (there was no McDonald’s at that time), Coin-Coin clowning on the port with his unicycle, Choses’s bags, Lothar’s clothes, Micka’s tarte tropézienne, roast chicken from Rue Clemenceau, pétanque competitions, hitchhiking trip with my brother in the night, a beautiful sailing ship called “La Bête”, a traditional motor ship called “Fair Lady” and his owner, an smart old man who seemed to be Argentinian, but looked like an English… Giant baskets from the hardware store in Rue Gambetta, Les Girelles hotel, the Papagayo nightclub, small containers of condensed milk bought in a grocery store in Blvd. Patch, a lunch at Club 55, a very nice Françoise Sagan wearing espadrilles, the Voum Voum nightclub where my parents used to dance, Herbert Von Karajan and his sailing ship, Auberge des Maures, Palmyre and Escale, the market, the children’s store behind the fish market where we finally found perfect light green flared trousers… Well, as you can see, Saint-Tropez reminds me thousands of things!

Each year, Danielle Thompson invites us to spend a week-end in her nice house. It is always a pleasure for me to go back to Saint-Tropez, because it is a unique peninsula. It is a protected area without ugly buildings that we can see elsewhere. We often hear that we must go in Saint-Tropez “off-season”, however I spent 2 weeks there in July with my children, it was a quiet and family atmosphere… I like strolling through the streets of the village [...]. I like staying in Yaca hotel, I always take the same duplex suite with sea view.

It is always a pleasure for me to go back to Saint-Tropez, because it is a unique peninsula. It is a protected area without ugly buildings that we can see elsewhere.