OPENING OF THE FONDATION LINDA & GUY PIETERS IN 2019

Place des Lices, in the heart of Saint-Tropez, the Linda & Guy Pieters Foundation is proud to show in its private mansion house the major artists they have been representing for many years. Officially opened last summer, today is one of the most prestigious contemporary art institutions on the French Riviera. 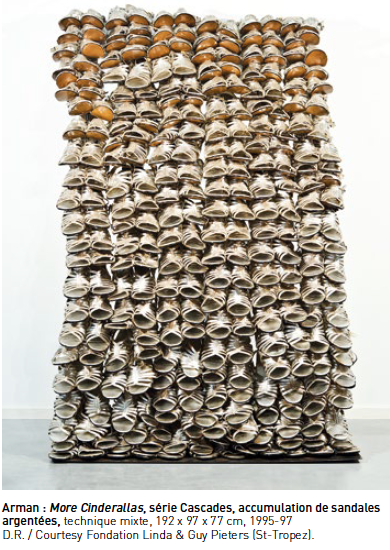 IIt was a dream that Linda and Guy Pieters had nourished for over 30 years: to create in Saint-Tropez their own Foundation dedicated to contemporary art and their major internationally renowned artists... The peak of their career, the Linda & Guy Pieters Foundation launched in July 2018 in its beautifully renovated space of an old mansion house on Place des Lices. First exhibited artist was Christo to the greatest delight of all art collectors on the Riviera. He was soon followed by Arman during all summer with a big scale sculptures exhibition around town and Saint-Tropez harbor. A tremendous success not only for art critics but also alongside the greater public. Professionally speaking, Guy Pieters has always collaborated closely with all artists he admires and defends with generosity. 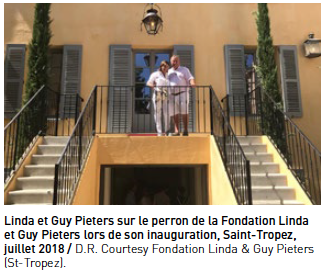 Over the years Guy Pieters has built its strong reputation both in Belgium as his country of origin and the rest of the world. In his two historical galleries in Knokke-Le-Zoute – that is one of the most fashionable resorts on the Belgian coast –, Guy Pieters is now and again organizing more art exhibitions which are always looked forward to with great expectation. Amongst other stars, let’s quote those around César, Karel Appel, Niki de Saint-Phalle, Jim Dine, Bernar Venet, Robert Indiana, the Lalanne, Pavlos, James Rosenquist, Mimo Rotella, Julian Schnabel, Keith Sonnier, Villeglé, Wesselman ... 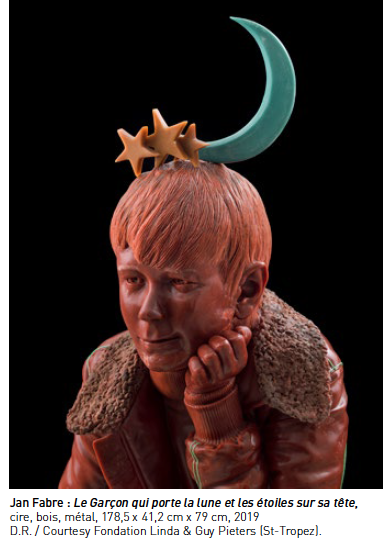 After Jan Fabre whose solo show positively impressed “le Tout Saint-Tropez” last spring, it is Folon (1934-2005) who is in the forefront all during summer …

thanks to the initiative of the Fondation Linda & Guy Pieters! Unique and original, this spectacular event will offer a monumental sculptures trail around town and on Saint-Tropez harbor. 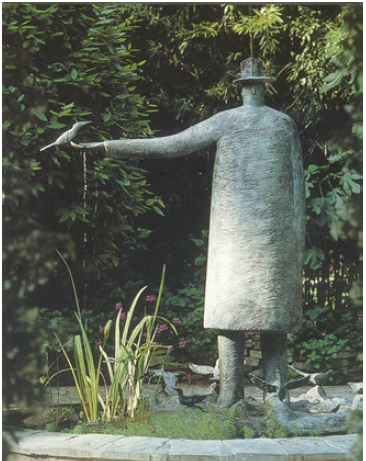 Jean-Michel Folon, Belgian artist, painter, engraver, sculptor, first made his name as a graphic designer in France with his very famous animation for the national broadcast network. More generally, he was equally involved in the protection of the environment and humanitarian causes, as he participated in several Amnesty International campaigns and the new illustration of "The Human Rights Universal Declaration".

He loved also the Mediterranean, spending the rest of his life time between his Monaco studio and his magnificent steaming boat "Over the Rainbow” often docked opposite the Bar du Port in Saint- Tropez.

Thus returning in that dream village, Folon’s art works this summer will be a must-see… From every point of view!