60 years of history of Pampelonne beach

For more than 60 years, this superb coast, bordered by the vineyards and the forests, has been one of the favourite holiday spots of the artists and the celebrities when they are in the Saint-Tropez region. Let’s have a look back at some images of the parties and movies made in this beautifully colourful paradise. 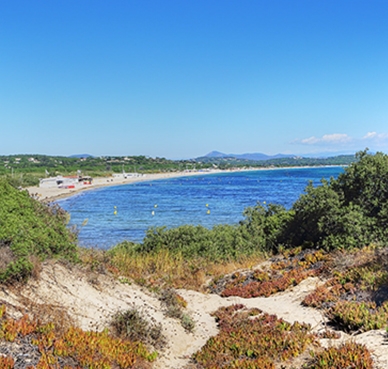 A BOHEMIAN LIFE IN THE SUN
In 1944 the American army landed and the Dragoon operation led by General Patch was a success! Just a few years later, the Parisian artists, writers and actors discovered Saint-Tropez, romance, laughter, sunshine and swimming in the clear blue sea were some of their favourite activities. On this still quiet beach, Moorea was opened in 1952 and 3 years later, the Club 55. Created by Bernard and Geneviève de Colmont, the small beach hut welcomed the crew of the film “Et Dieu créa la femme” with the 19 year old, then unknown actress, Brigitte Bardot who played the leading role.

Club 55 is still a family home, the elegant creator explains “the customer is not the king because he is a friend” this is more than a motto, it’s a philosophy. They serve up to 800 meals a day during the high season in this blue and white garden of Eden, to some very renowned people including heads of state, royals, business people, international stars but also every day people... 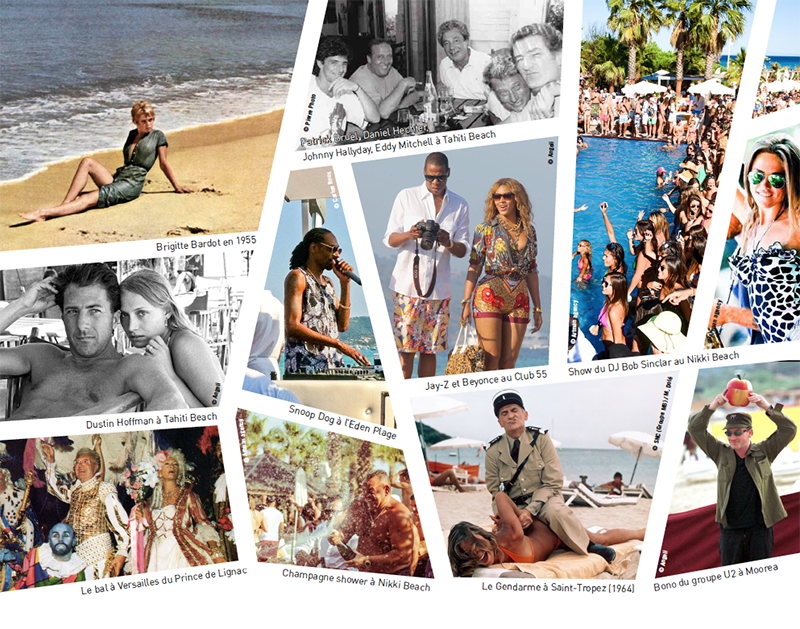 THE CAREFREE YEARS, FOOTSTEPS IN THE SAND
Pampelonne has also been the stage of some unforgettable parties from the Parisian Saint Germain-des-Prés crowd dancing bare foot in the sand to the champagne showers at the Voile Rouge with Paul Tomaselli, the jet setters and a multitude of pretty girls, some of the first to go topless in 1967!

Millionaires birthday parties and glamourous nights with the top models of the fashion world. Pampelonne has been the stage of evenings that are as much fun as the days and it still continues today, around the bar, on the dance floors, the meeting places for the happy few at Nikki Beach, Moorea, Bagatelle and the newborn Shellona...

CINEMA, ART AND GLAMOUR ON THE BEACH

LES ANNÉES D’INSOUCIANCE - LES PIEDS DANS LE SABLE
The beauty of Pampelonne beach has appeared in numerous films, Roger Vadim’s “Et Dieu créa la femme” with Brigitte Bardot in 1956, wildly participated in revealing the beauty and magic of Pampelonne to the rest of the world. Many well known French movies have been filmed on the beach throughout the ages... Pampelonne has seduced several generations on the big screen over the years! Quantities of artists and organisers of prestigious events have chosen Pampelonne for their promotions. Art on the beach was also launched in 1994 by Enrico Navarra, the art collector, at Jean-Claude Moreu’s Les Jumeaux beach which is also a partner of the Festival de Ramatuelle. Over the years, the artists who have exhibited here and who appreciate the exceptional luminosity, have all, in their own way participated in the “Spirit of Pampelonne”.

THE SPIRIT OF PAMPELONNE

Roland Bruno, Mayor of Ramatuelle since 2001 “The Spirit of Pampelonne is a subtle blend of chemistry. There is of course, the genius of the beach establishment owners, some have been present for many years but there are also the younger ones who have brought in some new methods and ideas. This ideal location is superb with the background of vineyards and one of the last dune areas of the western Mediterranean. There are also some very rare plant species to be found in the sand, there are the different climatic effects, the movement of the sea, the stormy weather... To be able to keep the “Spirit of Pampelonne” we must take all of this into account if we want to save it...!”

Patrice de Colmont, owner of Club 55 and Municipal councillor of Ramatuelle
“A lot of important people and celebrities from all over the world, as well as a population of more traditional holidaymakers can be found on Pampelonne beach every year at the many very diverse establishments. We must always remember the past of this wonderful place and integrate it into the present and without forgetting the surrounding environment. The people who bring the place alive should always be independent and not just anonymous directors and shareholders. My father used to say that in this exceptional place which is Pampelonne beach, you can let your imagination roam free as long as you always respect the nature and the inhabitants...” 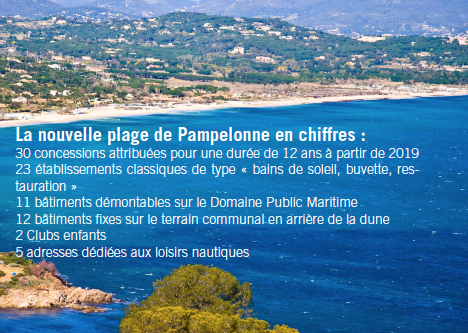