Home Saint-Tropez News     Saint-Tropez, Art and Culture Back to the Braque and Laurens exhibition in 2017- Annonciade Museum

Back to the Braque and Laurens exhibition in 2017- Annonciade Museum

The Annonciade Museum devoted an exhibition to two major artists of the 20th century, the painter Georges Braque (1882-1963) and the sculptor Henri Laurens (1885-1954), featuring a two-way perspective on the work of these two artists through 67 masterpieces.

Working in Montmartre from 1911, Henri Laurens met Georges Braque and began with him a deep, decisive and lifelong friendship. Braque initiated him into Cubism, a revelation nourished by the example of Cézanne. The exhibition examines the work of the two artists who remained in close contact throughout their life.

Multi-talented, Laurens worked with poster paint, and collage, was an engraver and created theatre design and decoration. During the war years, he lived in Paris and made constructed sculptures and paper collages in a Cubist style. 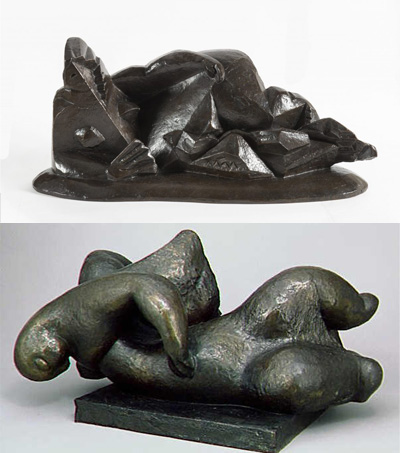 It was as a result of his friendship with Braque, whom he met in 1911, that Laurens was introduced to Cubist practice. Laurens attended for the first time the Salon des Indépendants in Paris in 1913, and two years later met Juan Gris, Amedeo Modigliani, and Pablo Picasso.

High sensitivity in the last works of the two artists (The Birds, ceiling in Le Louvre, made in 1952-53). The forty-year creative friendship came to an end on May, 5th 1954, when Laurens died.