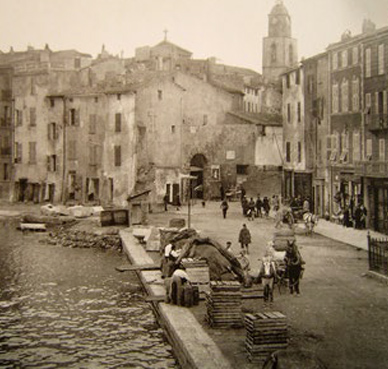 Child of the Sea and the Arts, Saint-Tropez has an exceptional history made up of a rich maritime and cultural identity, inseperable from the myth. Here is a short re-focus on a few key episodes in Tropezian history.

In 1470, Lord Jean Cossa arrived with the intention of repopulating Saint-Tropez

In 1470, Jean Cossa, overlord of the lands of the Gulf Grimaud and Officer in Charge to King René, Count of Provence, proposed to revive the lands of Saint-Tropez that had been abandoned for almost a century. On the one hand he wanted to attract new inhabitants to re-cultivate the plains, and on the other hand, to create a bastion to defend the inhabitants of the Gulf.

But as Admiral of the Provençal fleet, he also proposed that the port could be used for the galleys of the Count of Provence. In 1471, the project was entrusted to Raphael Garezzo, Lord of Liguria who signed the deeds confirming the re-birth of the city. From that date on, the city attracted new inhabitants, from the Gulf, Provence, but also from Genoa and its region. 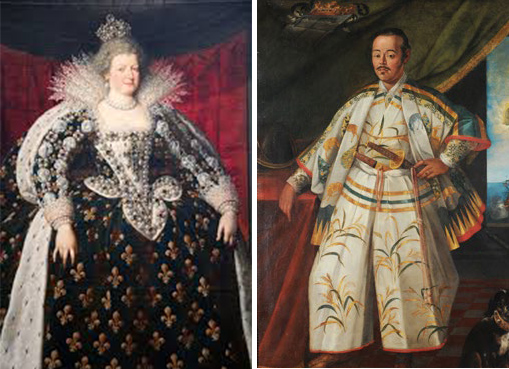 Captains, sailors, fishermen and merchants were motivated by this new life that was being built. The project succeeded, the city grew in one century from 0 to almost 4,000 people. The men who were allowed to carry weapons, managed to develop a small town on the water front and to protect their families from both Christian and Muslim threats.

Saint-Tropez was a very important coral fishing spot in the 16th and 17th centuries.

The Tropezians used to fish along the Maures Massif but also off the North African coasts. The coral that was not transformed was then dispersed throughout the Mediterranean and particularly in the Ottoman Empire where part of the production was sent to Tibet. The Tropezians, but above all, the Italians, for coral at the beginning of the 20th century. 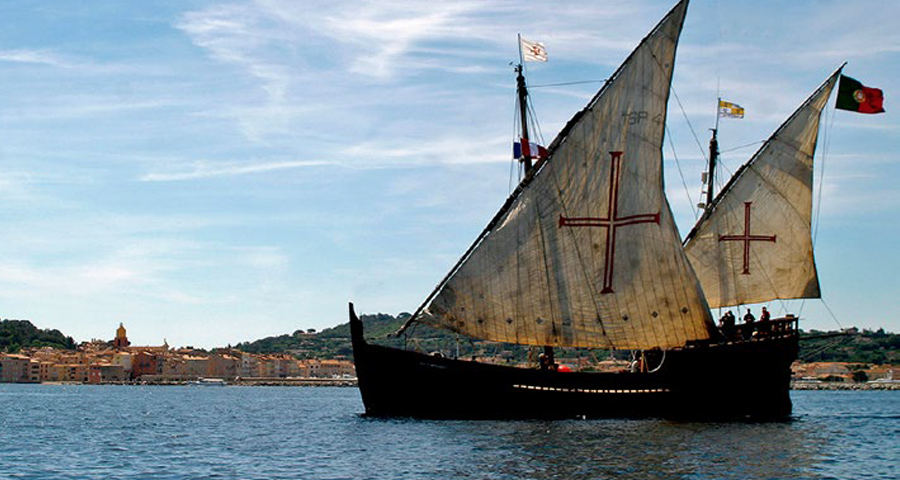 On September 15th in 1613, in Sendai, North Japan, The Samurai Hasékura Tsunenaga embarked on the orders of his Lord, on board a large galleon, the San Juan Bautista. He was accompanied by 20 Samurai, 100 sailors and a Franciscan monk who spoke fluent Japanese. Their aim: to obtain permission from King Philip III of Spain and Pope Paul V to open a trade route to compete with the route of the Indies, in exchange for sending Christian missionaries to Japan. Because of bad weather, he disembarked in Saint-Tropez, the only sheltered port between Toulon and Antibes. He stayed in the village for 3 days with the Coste family of wealthy bourgeois Tropezians. Sources attest that the ambassador went to pray in our church that was on the site of our present church.

1830, the beginning of yachting in Saint-Tropez

In the 1830's, as the commercial activities in the port of Saint- Tropez declined, the Harbour Authority saw the appearance of small boats that were used simply for recreation. The Maritime Registration Department then created registers of vessels for recreational purposes, the word "pleasure craft" not yet being used. Initially it was fishing boats that were refitted for pleasure boating. The first boaters were rich sailors, captains and builders. The second generation consisted of notables, landowners of the city and for the third generation it is especially in Paris on the Seine that the prestigious boats are built, boats that will soon sail in Saint-Tropez, like those of Paul Signac.

1830, the beginning of yachting in Saint-Tropez
In the 1830's, as the commercial activities in the port