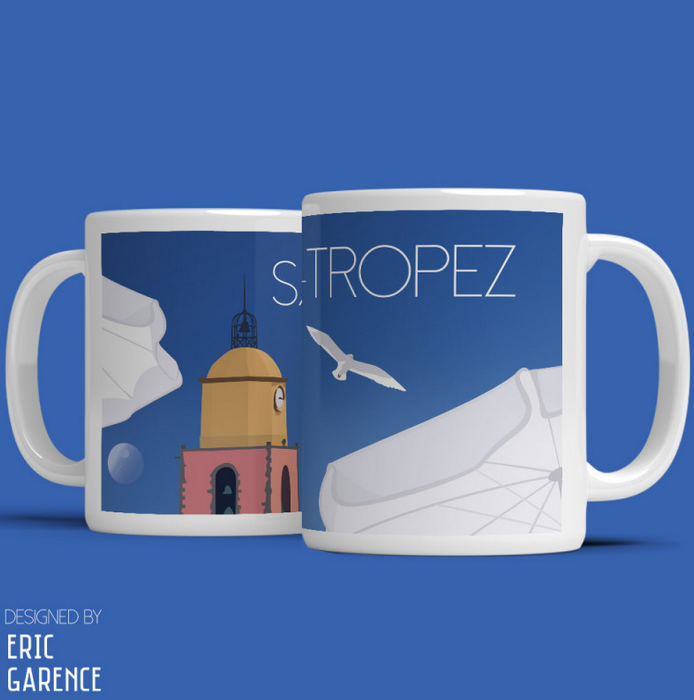 His illustrations can be found online at bonjourlaffiche.com and also on products from major brands such as Lenôtre, Fragonard, Galeries Lafayette, Nivea, Labello and of course at the Saint-Tropez Tourist Office. 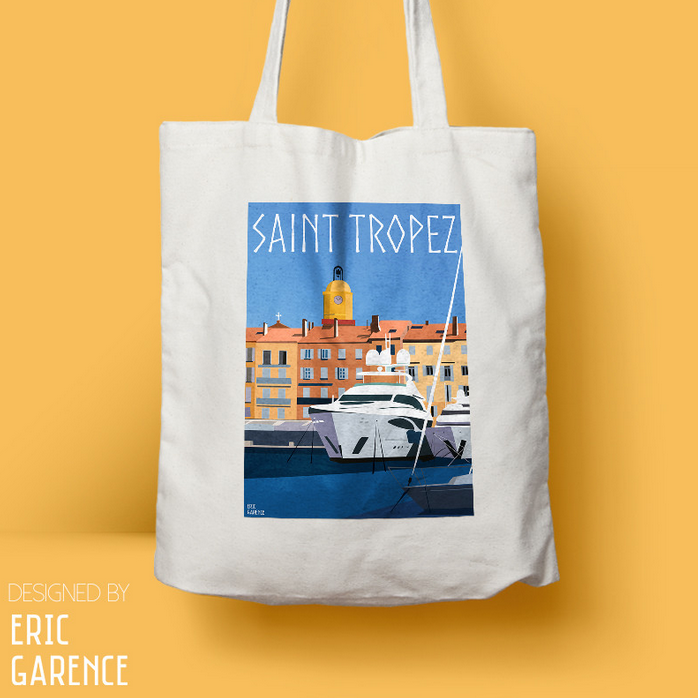 Eric Garence is an artist born in Nice in 1980. Graduate of the Paris Sorbonne and of the Sophia Antipolis Skema Business School in marketing, Eric started his career at Texas Instruments then joined a large Parisian group where he took over the management of the digital agency.

In 2016, a change of direction, he returned to the Côte d´Azur, became an artist and marketed his creations on his online gallery www.bonjourlaffiche.com

He has since been made famous by the creation of a large number of posters on the Côte d'Azur in a neo-retro style in which he hides details that tell the story of the place. Eric Garence's posters can be found today on products from major brands such as Lenôtre, Fragonard, Galeries Lafayette, Nivea, Labello and Côte d´Azur France. He notably signed the poster for the official residence of the President of the French Republic, Fort de Brégançon, or the poster for the Régates de Deauville. 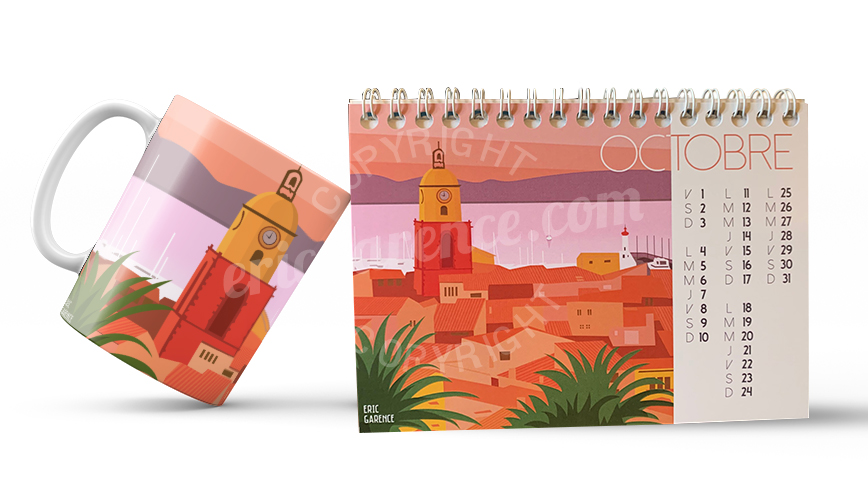 In 2020, Eric Garence is releasing his first book "La Côte d´Azur d´Eric Garence" with Editions Gilletta and signs the poster for the 25th anniversary edition of Les Voiles d´Antibes. In 2021, the exhibition “The Côte d'Azur is displayed” at the Galerie Lympia in Nice, which traces 100 years of posters from the Côte d'Azur, offers him the entire room dedicated to “The Côte Azur Today ”.

His posters rub shoulders with those of Chagall, Dufy or Cocteau. On this occasion, Eric Garence's posters officially enter the archives of the Alpes Maritimes department. His inspirations come from poster artists and advertisers from the turn of the century such as Roger Broders or Raymond Savignac, but also from new realists such as Yves Klein, Arman, Raymond Hains.